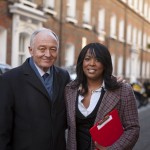 Currently a full-time English & Media Studies Teacher, I have also worked as a freelance writer/producer for The Guardian, the BBC and led a BAFTA winning team of creatives at Channel 4. Following a stint as Parliamentary Assistant to former MP and Cabinet Minister for Young Citizens – Dawn Butler – I moved on to coordinate the portfolio for Hackney’s Youth Parliament with a focus on local, national and international democracy. This included a USA Democracy trip to Washington I facilitated, where young Hackney delegates made a life changing journey to meet and film Barack Obama on the last leg of his 2008 Presidential Election Campaign.

Powerfully persuasive on the doorstep – 2012 GLA Campaign testament to that, experienced, motivated and hard-working – committed to helping build on the progressive work pioneered by Labour locally and nationally over the past two decades. I want to be instrumental in winning back voter confidence in The Party and continuing the process of realising Labour’s long term vision. I’m inspired by The Party’s reiterated message about coupling talent and aspiration with the advantage of seized “opportunity” and I’m optimistic about the promise of ‘New Generation’ politics under Ed Miliband’s leadership.