In the year Liverpool was named as a European Capital of Culture, Mandy worked alongside me on a young film-makers initiative run by North West Vision looking for new original screen writers. The culminating event held at the BFI (British Film Institute) was supported by stage and screen luminaries such as Ricky Tomlinson & Ken Loach. The project saw new directors and writers whose screenplays she had been commissioned to shortlist launch their films on a national and international platform, giving young people the access and opportunity rarely afforded those from disadvantaged backgrounds. The films gritty subject matter which included poverty, mental health, racial intolerance, disability and urban tribalism were pertinent big screen projections of Britain’s fractured society.

As creative colleagues and political allies, through her work with Channel 4, the BBC and The Guardian I have known Mandy to be a staunch advocate for equality and in all that she does she has actively sought to bridge the gap between the rich and the poor, to increase minority representation and promote the rights of ordinary citizens. Mandy’s GLA election results strongly indicate that she offers the most credible chance of regaining this seat by cutting through voter apathy and generating the necessary community commitment to beat the Tories. That’s why I’m backing Mandy.

Lord Glasman – Academic, social thinker and life peer in the House of Lords 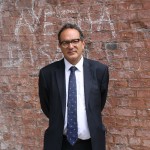 I support Mandy because she gets it. She understands that we have to listen to people, all the different people that make up the area. That politics does not begin with telling people what to do or what to think, but listening to them.  I support her because she believes in the politics of the common good, the kind of socialism that begins with bringing people together to make their own lives better.  She works with churches, trade unions, Islamic, Jewish and Turkish centres and pledges to forge further links with mosques and synagogues to build a politics which we can all believe in based on responsibility and mutual respect. Democratic politics is the best alternative to violence and Mandy not only believes in it but she does it.  She’s clever and she can write but above all she’s a decent person and I really support her candidacy and will campaign with her to win.

I know Mandy through her Labour Black Women’s Network initiatives. Co-founder of the campaigning group Mandy campaigns on women’s rights and the realities of our shared experience in the work place, the home and society at large. She believes that more political representation of minority ethnic women is critical to tackling taboo issues that continue to blight our communities like domestic violence, the sexual exploitation of vulnerable young women and the licence permitted by new media and old in the perpetration of this abuse.

Mandy’s motivation to stand for political office stems from a passionate belief that mainstream politics is not currently reflective of the electorate it serves. Mandy knows the people she hopes to represent and can positively translate that knowledge and expertise into addressing the needs of the area. I believe she would make an excellent MP. 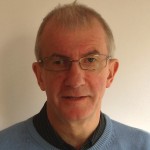 I believe Mandy has the energy, enthusiasm and ability to engage with and win over all sections of the electorate. I believe that her background working with alienated young people and her commitment to ensuring that they are given real opportunities is what makes her stand out. We need people who have worked at the sharp end in Parliament shaping the laws that can make greater social inclusion a reality. 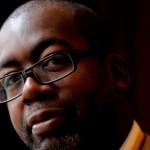 I have known Mandy for a number of years where she has been an active member of the Labour Party in Hackney. She has played a pivotal role in developing Youth Participation initiatives in the borough and in her role as BLP Chair, EMF Officer and former Youth Officer Mandy has coordinated a raft of high profile events giving young people direct access to local and national decision makers such as parliamentary debates with the former Labour leader Ed Miliband and the now London Mayor Sadiq Khan MP. Mandy has a strong passion and commitment to young people, education and social justice. She clearly demonstrated in the 2012 & 2016 GLA elections that she is a natural campaigner and organiser. She is the ideal candidate to win against the Tories. 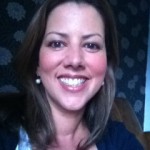 I think Mandy has a forward thinking and relevant agenda. When I met Mandy I was struck by her ability to listen and discuss, respecting the bigger picture of winning parliamentary selection whilst keeping herself firmly planted in local issues. The UK is diverse with the hallmarks of privilege as well as some extreme challenges for those of social disadvantage. Mandy not only thinks about these challenges but has also lived through them, working in local schools and supporting our youth. She believes strongly in respecting diversity and promoting social cohesion. In this current climate of negative politics and devastating cuts in public services, Mandy represents a positive force for change and progression. I am proud to endorse her candidacy and feel that the Labour Party would be very fortunate to have someone of her wit and integrity representing us in Westminster.

Mandy has played a key role in making sure young people in Hackney like me make the most of opportunities provided by the youth services. She encouraged me, in particular to take my youth activism further, to the next level if I wanted to make real changes – that’s when I joined the Labour Party. The position of CLP Youth Officer that I held was all thanks to Mandy for the support and encouragement she has given me all through my political life thus far.  She has the ability to relate, understand and have empathy for people from all walks of life, she’s famously known to challenge every and anything that doesn’t seem right. Mandy will be a great asset t as your Parliamentary Candidate as she is a true people’s person.

Mandy is an inspirational and passionate campaigner for the Labour Party with a unique awareness and knowledge of the problems facing UK citizens on every level. With the vital ability to engage with all, she is the perfect choice for parliamentary selection. Mandy is committed to empowering local communities and, in these difficult times continues to tirelessly campaign on the issues that are important to us all. As a Hackney’s EMF officer she supported me in my first foray into formal politics providing support and guidance through the councillor candidacy process and the means for me to participate in the CLP and I hope you will give her your support.